In March of 2016, Meridel’s university issued a moratorium on research related travel to Iraq due to concerns about ISIS. Therefore, Meridel decided to communicate with the botanists at the Royal Botanic Garden (RBG) in Jordan as a means to think about the flora that had possibly been in the Garden of Eden to be implemented in our design for the Wastewater Garden.

Her strategy was to research what plants had been mentioned in the Koran. The garden itself is a huge reserve that conserves 23,000 endangered species of plants in the wild in Jordan, the theory is that if the plants are wild, their DNA will go back to at least 500 years old. If they had survived 500 years, theoretically those plants were related to those that were mentioned in the Koran, and quite possibly those in the Garden of Eden as well. Therefore, this was a perfect place to study plants that could potentially be planted in the Wastewater Garden.

During the time that she was there, Meridel also traveled to the Dead Sea with a botanist, where she documented species such as acacia trees, the traditional “crown of thorns” plant, date palms and more. Some plants that were photographed in the RBG were pistachio and carob trees, fennel, hollyhocks, poppies, allium, figs as well as some foodstuffs that go back to Mesopotamia, such as chickpeas and wild oats.

Her favorite thing was to see ancient groves of olive trees that were brought to Jordan by the Romans.

Above, you see chickpeas, onions, poppies, crown of thorns, roses, wild oats, hollyhock and capers from the Royal Botanical Garden.

To the right is Meridel in Jordan, close to the Royal Botanical Gardens, where she worked with lead botanist Hatem Taifour. 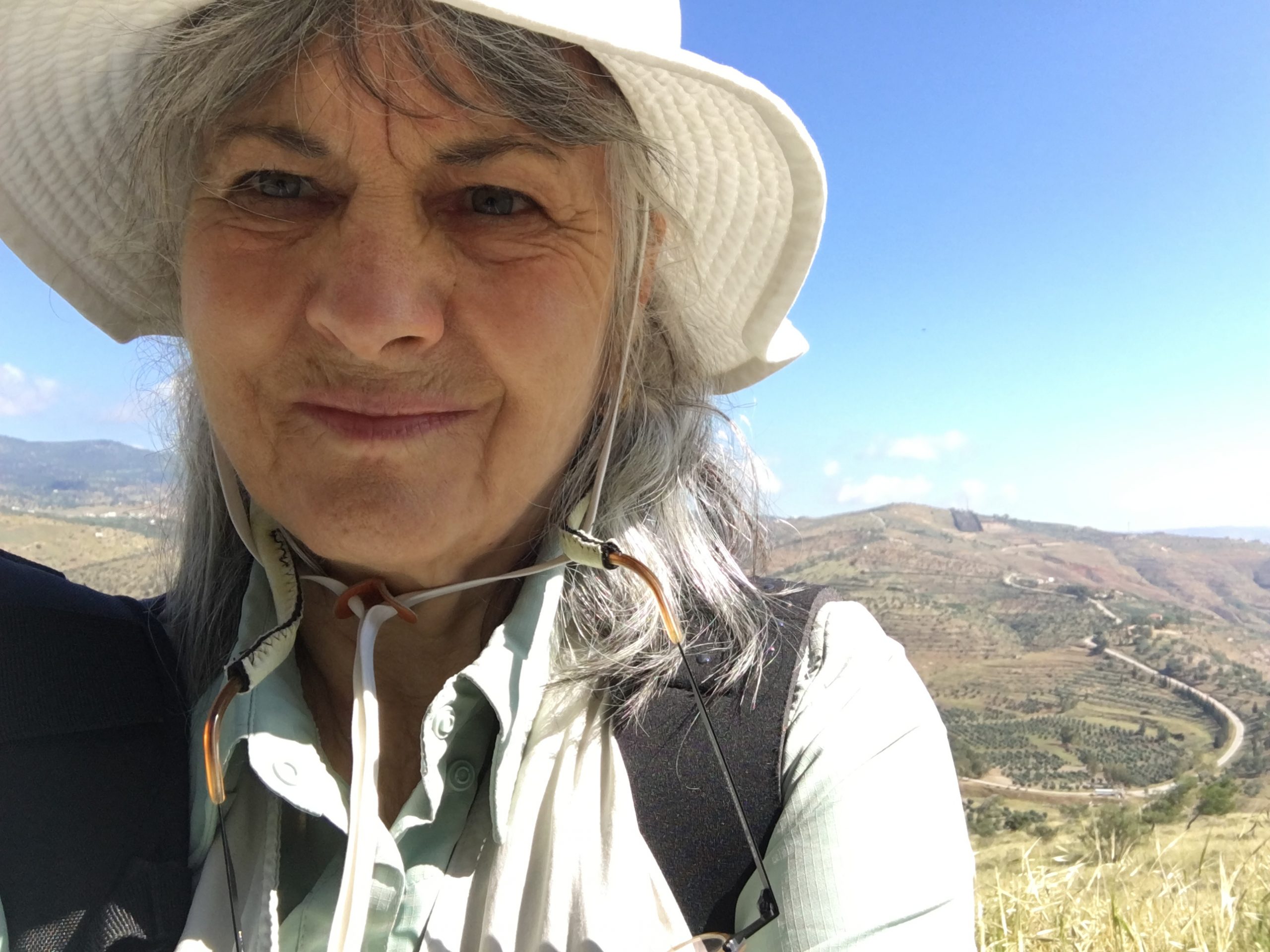